Your Sunday Connection for April 4, 2021

Happy Easter!
May the joy of the Risen Christ remain always in your heart!
Our Easter celebrations are currently filled to capacity for in-person attendance. If you didn't get a reservation, remember that Easter is celebrated for the next 7 weeks! There is still a chance to partake in the joy of Easter should you choose to do so in person at Mass.
Sign Up for Future Sunday Masses
You can also be a part of Easter Sunday at Saint Andrew by watching the live stream of Mass at Saint Andrew at www.standrew.org/sundaymass or by clicking on the video below. It is available in real time and also as a recording.
You are also encouraged to live with a Resurrected Faith by praying the Your Sunday Connection provided below.

O God, who on this day, through your Only Begotten Son, have conquered death and unlocked for us the path to eternity, grant, we pray, that we who keep the solemnity of the Lord's Resurrection may, through the renewal brought by your Spirit, rise up in the light of life. Through our Lord Jesus Christ, your Son, who lives and reigns with you in the unity of the Holy Spirit, God, for ever and ever. AMEN. 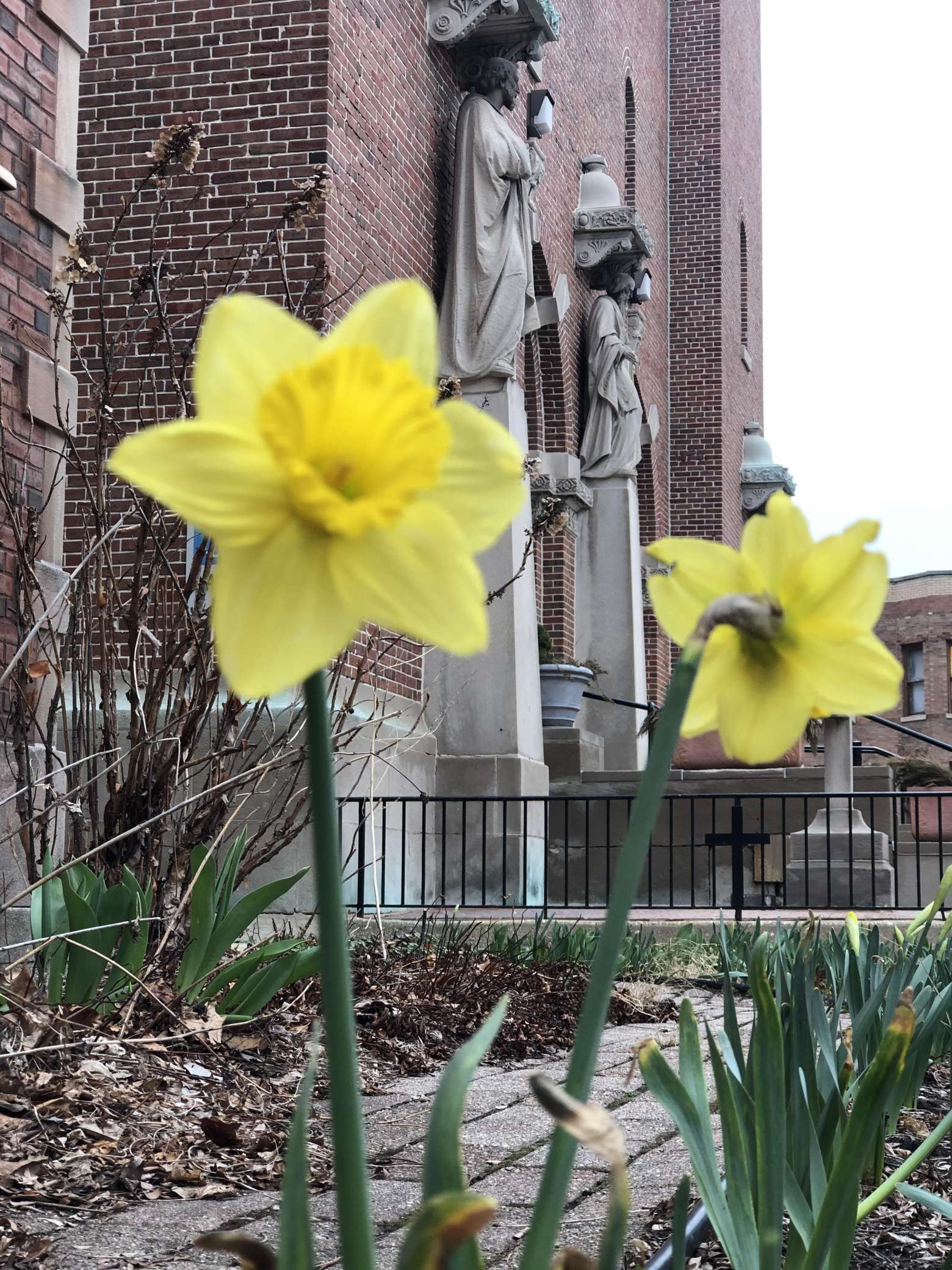 Reading I                Acts 10:34a, 37-43
Peter proceeded to speak and said: “You know what has happened all over Judea, beginning in Galilee after the baptism that John preached, how God anointed Jesus of Nazareth with the Holy Spirit and power. He went about doing good and healing all those oppressed by the devil, for God was with him. We are witnesses of all that he did both in the country of the Jews and in Jerusalem. They put him to death by hanging him on a tree. This man God raised on the third day and granted that he be visible, not to all the people, but to us, the witnesses chosen by God in advance, who ate and drank with him after he rose from the dead. He commissioned us to preach to the people and testify that he is the one appointed by God as judge of the living and the dead. To him all the prophets bear witness, that everyone who believes in him will receive forgiveness of sins through his name.”

Reading II                I Cor 5:6b-8
Brothers and sisters: Do you not know that a little yeast leavens all the dough? Clear out the old yeast, so that you may become a fresh batch of dough, inasmuch as you are unleavened. For our paschal lamb, Christ, has been sacrificed. Therefore, let us celebrate the feast,  not with the old yeast, the yeast of malice and wickedness, but with the unleavened bread of sincerity and truth.

Please click on the video link below to watch the homily for this week.

Prayers of the Faithful

Sometimes, receiving Holy Communion is not possible. Catholics in these cases are encouraged to make "Spiritual Communion." St.Teresa of Jesus wrote about this practice: "When you do not receive communion and you do not attend Mass, you can make a spiritual communion, which is a most beneficial practice; by it the love of God will be greatly impressed on you" 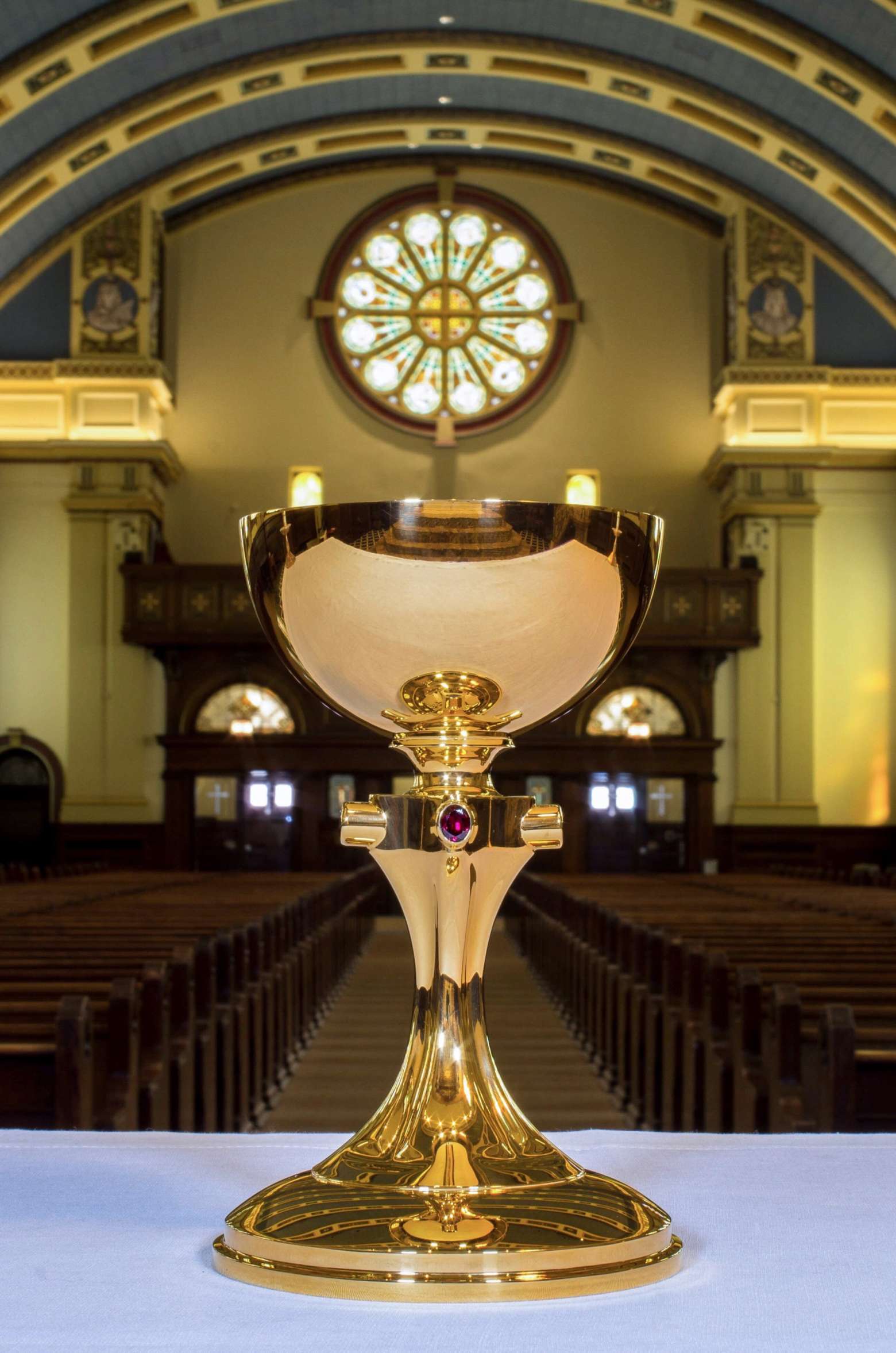 You can make Spiritual Communion by the bringing this prayer to your heart...
"My Jesus, I believe that you are in the Blessed Sacrament. I love you above all things, and I long for you in my soul. Since I cannot now receive you sacramentally, come at least spiritually into my heart. As though you have already come, I embrace you and unite myself entirely to you; never permit me to be separated from you. Amen."

Look upon your Church, O God, with unfailing love and favor, so that, renewed by the paschal mysteries, she may come to the glory of the resurrection, Through Christ our Lord.  AMEN. 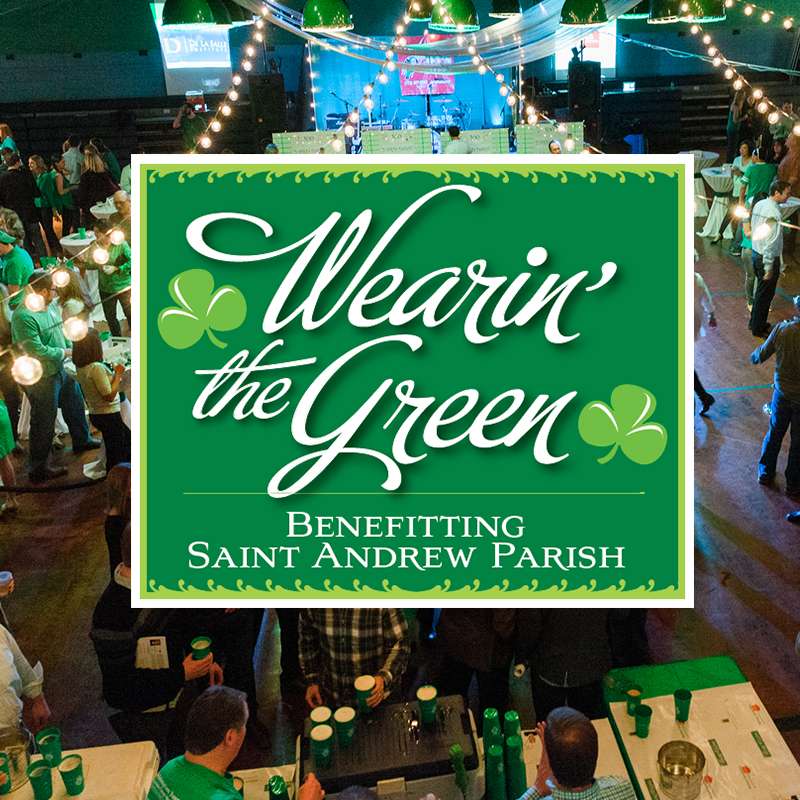 Saint Andrew's Annual Fundraiser has been rescheduled as a virtual event held on Saturday, May 1, 2021 at 7:00pm. The event will feature our live and silent auction as well as raffles and our paddle raise to support Saint Andrew. We need you to be part of the experience. Tickets have just gone on sale and we are still accepting donations and sponsorships for the evening. For more information and to purchase your ticket, visit www.wearinthegreen.com
Please click on the button below to see a copy of the Sunday Bulletin.
Read the Parish Bulletin for April 4, 2021

Please Let Us Know If You Need Assistance